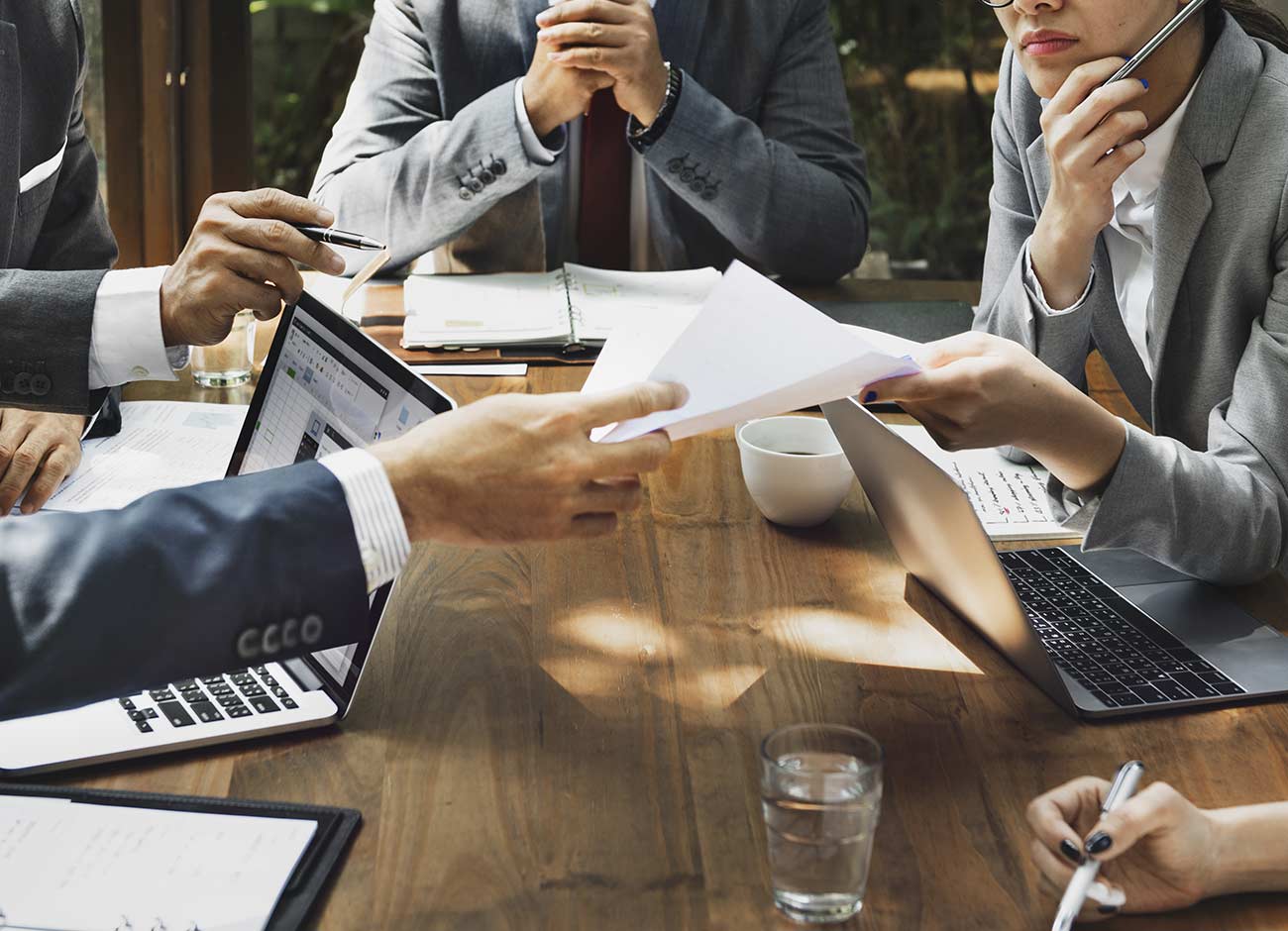 All of you have received at one time or another a notice in the mail that says if you want to be part of a class action, this is what you have to do.  Even though those notices are long and sometimes boring, you should read them to understand the basis for the class action claim, and whether you might make a claim.  If you don’t understand the class action notice, there is usually an 800 number to call, or you can call your own attorney.

One of the important points to remember about class actions is they are a way to level the playing field.  Class actions allow the little guy to deal with the big wealthy defendant.

We have handled class actions since the 1990’s.  We first discovered a major auto insurer in Pennsylvania was cheating its insureds out of approximately $10 per week when the insured was injured in an auto accident while at work.  To file a suit over $10 per week would not have made sense.  Thus, we decided to file a lawsuit not only for the woman who was injured, but also for all of the people in Pennsylvania who had suffered a similar injury.

Class actions normally take time, and that one was no exception.  It went to the Pennsylvania Supreme Court, but eventually the Court agreed with our position.  We were then able to a recover a significant amount for victims from the big insurance company.

If you have been injured and you know the amount is small, but others have suffered the same loss, call us.  If we think your case has merit, we will follow-up and you may become the next class representative! 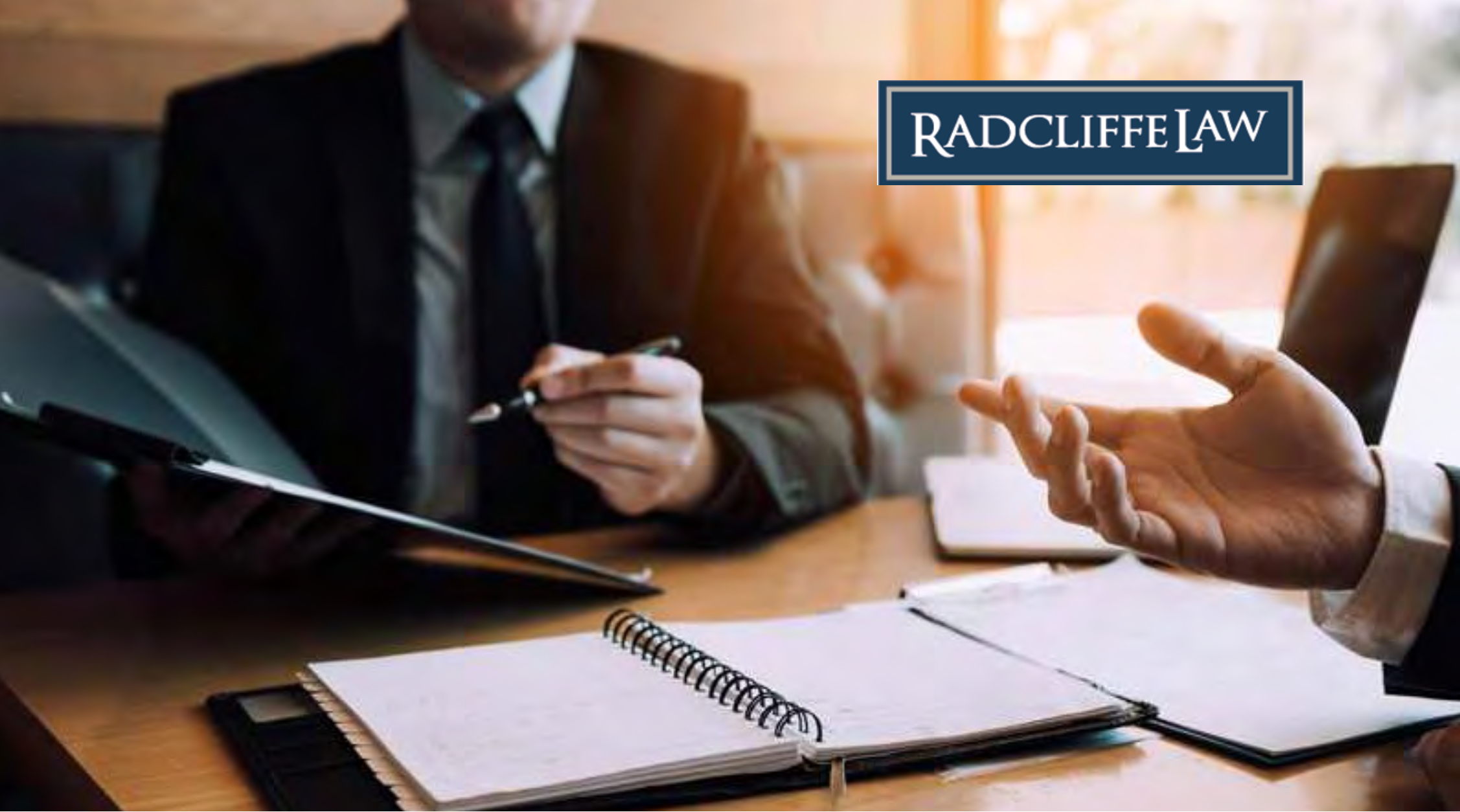 Ups and downs of the stock market 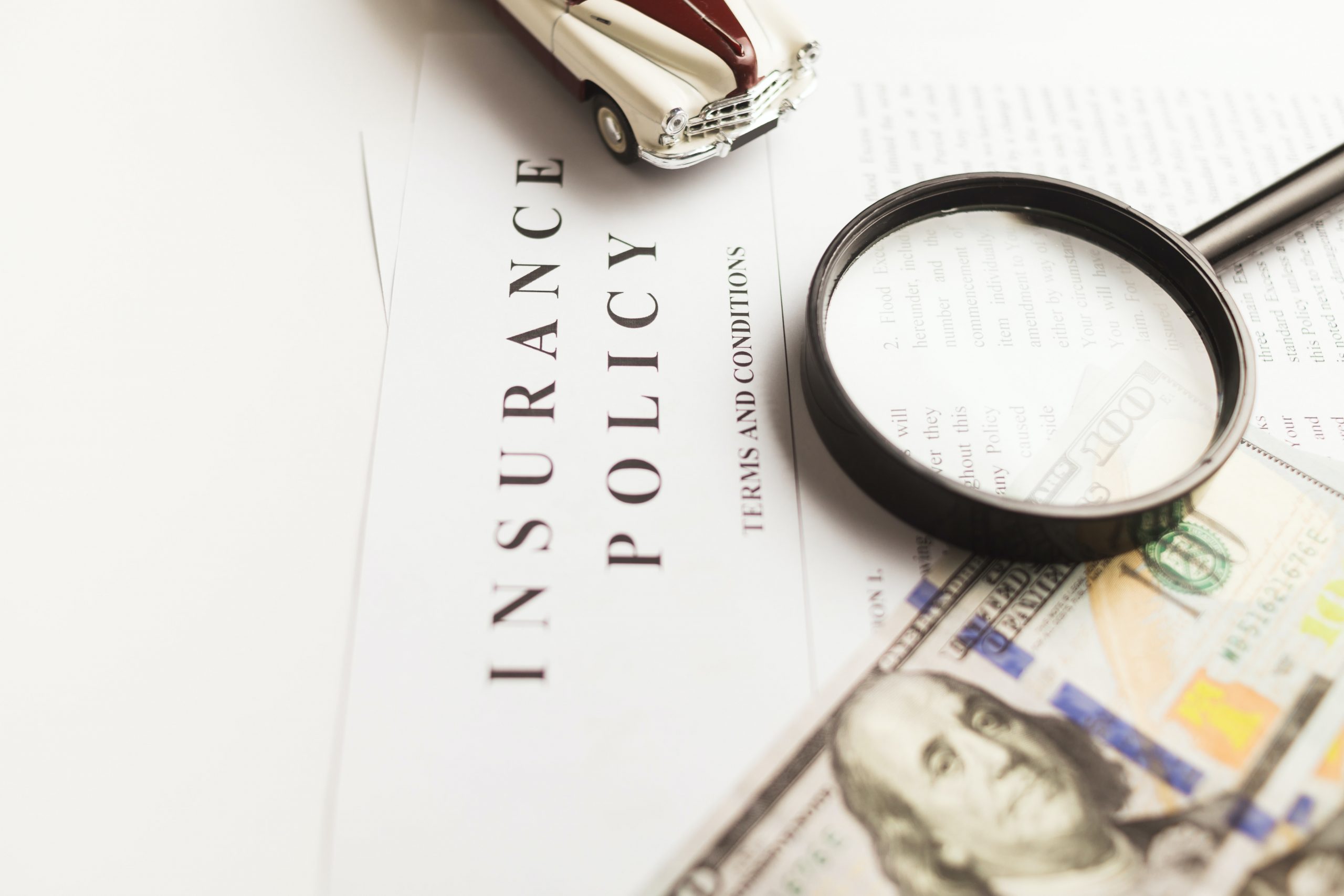 The Basics Of Car Insurance 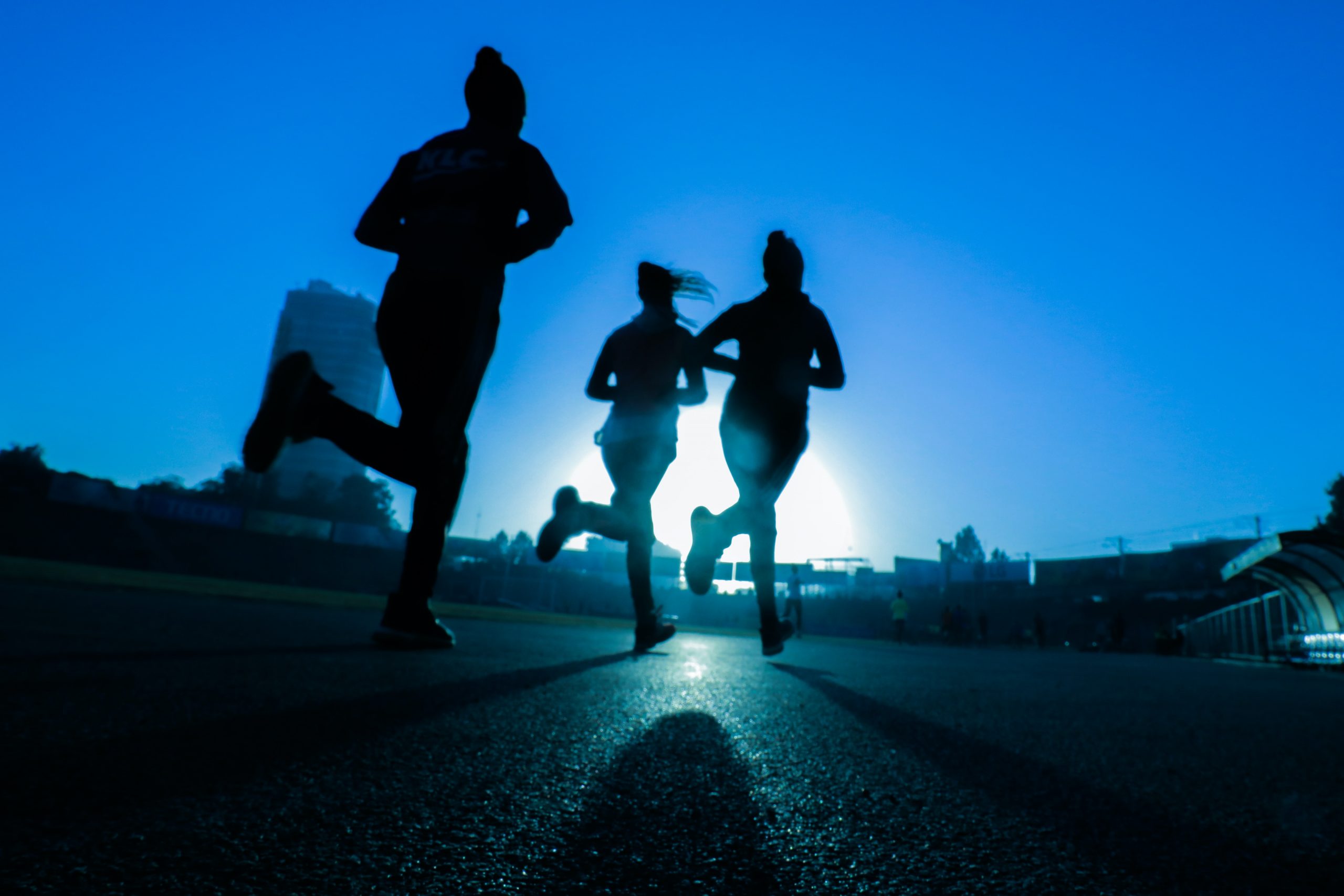 Bill Martin attended Penn State University and earned a bachelor’s degree in History in 2003.  Subsequently, he obtained his Juris Doctorate from the Duquesne University School of Law in 2006.  Following law school, Bill served as a law clerk for the Honorable Dante Pellegrini of the Commonwealth Court of Pennsylvania.  As a law clerk, Bill was exposed to various state agency, land use, municipal, unemployment, and workers’ compensation appeals.

After completing his clerkship, Bill began practicing law as an associate at a mid-size firm in Pittsburgh, primarily focusing on workers’ compensation litigation.  He was pleased to return to his hometown in 2009, when he joined Radcliffe & DeHaas, L.L.P. as an associate attorney.  In January 2016, Bill was appointed as an assistant district attorney in Fayette County where he continues to prosecute criminal cases on behalf of the Commonwealth of Pennsylvania.  In both his civil practice and as a prosecutor, Bill has tried numerous cases to verdict, and he is willing to personally assist you in navigating your claim and representing you at trial if necessary.

Bill became partner at Radcliffe Law in 2020.   While Bill practices in a wide variety of areas, his primary concentration is cases involving people injured in motor vehicle or work accidents.

Cindy has worked for the law firm of Radcliffe & DeHaas and now Radcliffe Law since 2003 as a legal assistant.  She assists with personal injury cases, class actions lawsuits, and marketing.  She provides personal support to clients while sustaining a positive attitude.

Cindy’s husband, Chuck, is employed at Xylem (formally Sensus, Inc.) as a support engineer.  They have four adult children and eight grandchildren.  They have called Fayette County home for over 30 years.

Lisa has been with Radcliffe Law since its inception and has more than 35 years of legal experience working for law firms in Washington and Allegheny County in the areas of insurance defense, civil litigation, family law, and bankruptcy.

Rob Harper was born and raised in Fayette County.  He graduated from Laurel Highlands High School and attended Washington and Jefferson College earning a bachelor’s degree in History in 2003.  He obtained his Juris Doctorate at the University of Dayton in 2010, and then served as a law clerk for the Honorable Judge Nancy D. Vernon in the Fayette County Court of Common Pleas for three years. He worked as an assistant public defender for four years where he developed his passion for litigation and client advocacy.  In 2017, Rob opened his own law practice in Uniontown.  He is currently an assistant district attorney in Fayette County along with practicing at Radcliffe Law. Rob handles real estate, estate planning, and litigation.

Rob is married to Kristi, and they are raising two boys, Cohen and Wyatt.  They are members of Asbury United Methodist Church and reside on a farm in Smock.  Together they run a small Angus Cow-calf and show Boer goat operation.

Colleen has worked with Attorney William “Trip” Radcliffe for over 35 years and is currently a legal assistant handling estate and other matters at Radcliffe Law.  She is a lifelong resident of Fayette County, and a graduate of Penn State Fayette, The Eberly Campus.  Colleen is married to Tom Smitley, also a Fayette County native, who is employed with Equitrans Midstream Corporation as an Ops-Tech II.  Tom and Colleen have two children:  Shannon, a health, physical education, and driver’s education teacher with the Everett Area School District in Bedford, Pennsylvania, and Aaron, a design engineer with Davey Resource Group in Pittsburgh, Pennsylvania.

Colleen provides invaluable administrative assistance to the attorneys and personal attention to the firm’s clients.

Linda Rooker has been on the Radcliffe Law team since its inception. Linda’s duties include communicating with clients who need assistance administering estates.  She is a lifelong resident of Fayette County and is a graduate of Penn State University.  Linda is active in the community as a 4-H Leader; Treasurer of The Fayette County Fair Board; and a member of the Penn State Fayette, The Eberly Campus Advisory Board. She and her husband Keith Rooker, a local cattleman, have three children – Kyle, Kevin and Kristi; and five grandchildren – Piper, Cohen, Sadie Jo, Wyatt and Kendall.

Terri has more than 40 years of legal experience working for attorneys in Fayette County. She has significant experience handling class actions involving hundreds of injured claimants. In addition, Terri makes sure our personal injury clients are kept aware of developments and can answer their questions when we are not available.  Terri is a Fayette County native and is married to Rob Conn. Both are graduates of Laurel Highlands High School. Terri and Rob have three daughters: Kristin, Casey, and Ally, all of whom live in the Uniontown area. Terri’s experience and expertise provide much needed reassurance and assistance to our clients.

William “Trip” Radcliffe has lived in Fayette County for over 40 years with his family.  After graduating from Uniontown High School, he attended Bucknell University.  He received his law degree from Vanderbilt University School of Law and entered private practice in Uniontown.

He has a broad legal background, having been a former Assistant District Attorney of Fayette County, and former Chairman of the Disciplinary Board Hearing Committee, which imposes discipline on attorneys in Pennsylvania. He also is a former President of the Fayette County Bar Association.  He is a graduate of the National Institute of Trial Advocacy, and Advanced Trial Advocacy School (a nationwide organization of trial lawyers). He has authored several articles for professional publications concerning litigation and insurance issues.

He is married to the former Jenny Robinson, who is a retired Laurel Highlands School District elementary teacher. He and Jenny have three sons: Christopher, an attorney employed in Northern Virginia, Eric, a commercial loan banker in Arlington, Virginia, and Craig who is employed with the Department of the Treasury.  They are the proud grandparents of Sadie, Will and Jack.

Trip has regretfully retired as a basketball coach, but still is a Steeler fan.